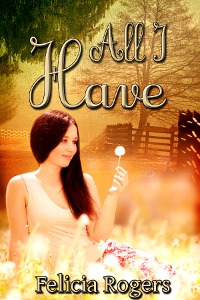 
Nicholas Wiseman, son and soldier, has a plan for his life…until tragedy strikes.

Sadness, brought about by the loss of someone precious, causes both Nicholas and Ellie to place future plans on hold. Priorities change as they come to know one another and expose their vulnerabilities.


Excerpt:
Ellie sat on the porch, cradled a cup of coffee, and waited for her father. Carla was inside fuming. Ignoring her stepmother, Ellie sipped the hot brew and thought about the farm's newest residents. Shane Wiseman was just as she remembered—a huge, muscular man with gentle blue eyes and a calm manner. His son, Nicholas, wasn't much different; he was tall, broad shouldered, and good looking. His skin glowed with a healthy tan and his blond hair, shaved into a military cut, served to highlight his sapphire eyes.

Her dad had mentioned that Nicholas had left the military recently and now Ellie couldn't stop envisioning him on the battle field. He would stand up for what he believed in, she could feel it. He would run into a burning building, rush into a place rigged to explode, give up his seat on a rescue boat, anything to save another human's life. In fact, the lines etched in his face might be an indication that those things had already happened.

A Month in Cologne

​Rachel Wilson has committed to working in Cologne, Germany, for one month. Consigned to a tiny apartment, she looks forward to completing her responsibilities to the museum so she may explore Europe and begin her new life.

John Viteri is a confident museum curator, but when he arrives at his new job in Germany, he struggles to find God’s plan for his life.

Thrown together, will Rachel and John allow God’s providence to guide them, or will they choose their own path? 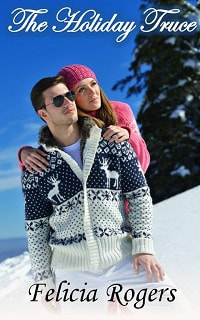 ​Lena Phillips is working in a male dominated field. To cope with her coworkers’ extreme dislike, she adopts an attitude of rudeness. But one fellow engineer is different. Frank Campbell can be considerate, respectful, helpful, and even flirty, but only when no one is watching.

When Lena is selected to attend a professional conference in Colorado, she asks Frank to attend with her. However, instead of the friendliness she had hoped for, bickering becomes the order of the day. During their journey they find themselves on a lonely country road. Because of their arguing they have an accident which leaves them with only each other to depend on.

Can they resolve their differences in order to survive? Or will the wilderness become their undoing?